I Left My Heart in England 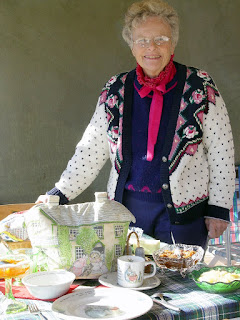 "I Left My Heart in England"

I left my heart in England this time.  And have left pieces of it in nearly every country we've visited.  But with England it went deep.  It's simply my kind of quaintness, countryside, people...and my language.  We were actually passing through England on our way to Ireland, having "done" England "last" summer, or so we thought.  But it's a big mistake.  One should not ignore present joys in the hopes of greater, later.  Neither, is a country ever really "done" --- most of us just scratch the surface.  We were blessed for nine days with classically beautiful weather, a little nicety not often enjoyed in the British Isles.  Loved rugged Wales, but the southern counties of Somerset, Devon, and Cornwall stretching to the very tip of Land's End, are dearest to the heart of every Briton, and were sheer joy, joy, to us.  We loved the high hedges, the hidden "smuggler's cove" beaches, the cottage rambled with roses, old inns with low oaken beams, cozy fireplaces, hanging copper ware and pewter, peaceful villages, and always decency, charm, refinement.  It's such a "civilized" country!  As travelers, we felt a graciousness here not encountered since leaving Japan.  One is never a customer, but a guest to be treated with grave respect.  I discovered early how enchanting their old homes and tea houses were, so having a passion for this sort of thing, devised a system for getting into at least three a day.  Morning beverage, lunch at noon, and afternoon tea, which is promptly at 4:00.  All England pivots on the "Tea at 4:00" schedule. . .even if the house is burning, you must not rush out without having tea first!  We had Devonshire clotted cream with fresh strawberries, rhubarb pudding, deep-dish English apple pie, high tea, low tea, cream tea, country tea, lunch in a 12th century manor house, and scones, scones, scones.  We are talking of another trip. . .