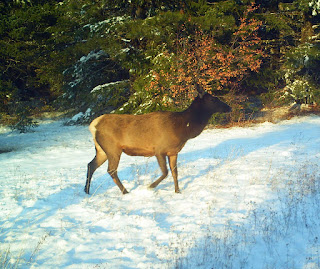 We've probably all seen the security camera photos that are popular on Facebook feeds these days. You know the type. Someone's UPS package is stolen from the front porch and caught on camera. Or vandals pass by in the night and key someone's car. But how much more positive and fun is it to view nature when it thinks it's unobserved!

A beautiful elk passes by in the freshly fallen snow. You know there are more not far away, as they travel as a harem with a dominant bull. 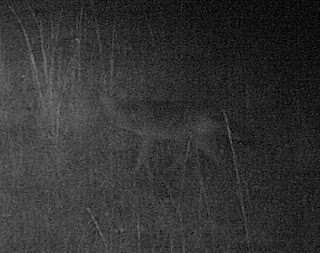 Can you tell what animal this is? It's a night shot, so a bit hard to make out. A coyote passed by the camera multiple times as it circled on a hunt. 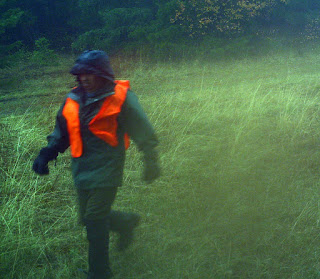 Sometimes humans show up on the trail camera too! This is the forest service patrol who is passing by at a brisk pace. It's hunting season, so he is well identified in that bright orange vest! 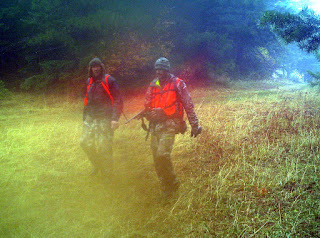 Our camera also reveals that several hunters passed by, and more than once. Again, the bright safety orange is there so they can be seen. It looks like they are a bit cold! 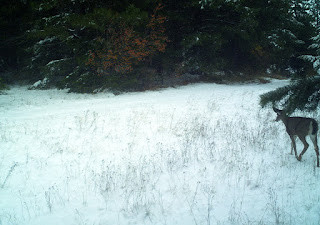 Mostly we captured deer photos this autumn. This is one of my favorites --- a gentle, quiet deer walks softly through the snow.
Posted by La Tea Dah at 2:32 PM 5 comments: 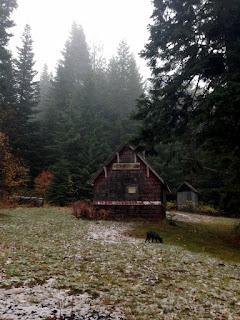 The seasons change, both in life and in nature. 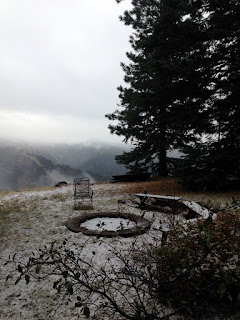 As winter nears, the snow falls and a sense of quiet fills nature's corners. 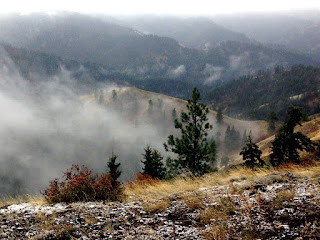 Like tufts of cotton, puffs of clouds waft through ridges and slopes. 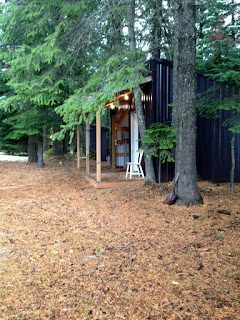 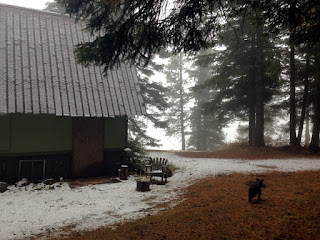 "Despite all I have seen and experienced, I still get the same simple thrill out of glimpsing a tiny patch of snow in a high mountain gully and feel the same urge to climb towards it."
Edmund Hillary 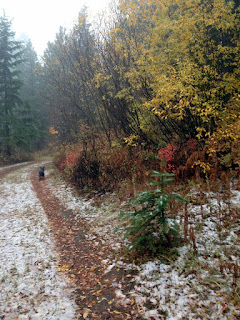 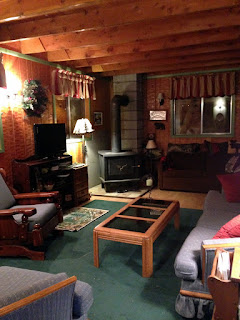 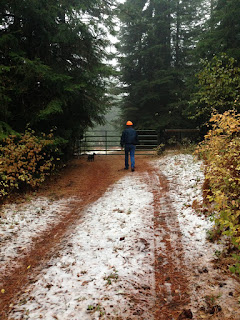