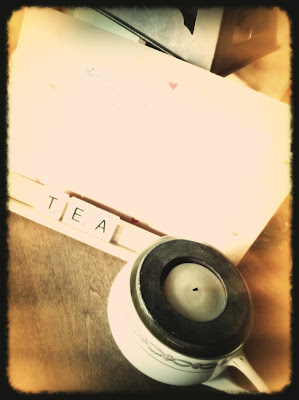 Many years ago, there was an old peasant who loved his tea. After a long, hard day's work, he would come into his humble cottage, heat up the water in his beat-up samovar that had definitely seen better days when his grandma was still alive, carefully measured out the tea, brewed it in his teapot that was in worse shape than the samovar, and pour it into his chipped cup.

Then, he would sit down in his old wooden chair. He would lift the cup to his nose, sniff the tea deeply, take a sip, smile, lay back in his chair, and deeply sigh, "Ah! Good!"

He liked to talk about drinking his tea to his friends. He would often say, "I enjoy my tea just like the czar!"

Well....the czar got wind of this. And the czar, being the czar, was, you might say, just a bit angry. How dare a mere peasant say he was anything like a czar!

So, he had the peasant hauled up before him.

The czar said: "I heard that you think that you enjoy your tea just like me. Now, before I punish you for your nerve, I will give you a chance to prove it!"

He made the peasant sit beside him in a comfortable, carved chair lined with the finest silk. "Is your chair like this one?" asked the czar?

The czar clapped his hands. Several servants appeared. One brought out a beautiful samovar made of gold and decorated with all kinds of jewels. "Is your samovar like mine?" asked the czar.

"No," gasped the peasant in awe.

Another servant measured out the tea from a caddy made from the finest imported wood and brewed the tea in a teapot that outshone the samovar.

"Do servants serve you your tea?" asked the czar.

A third servant poured the tea in tea cups made of the finest bone china, and handed the czar and the peasant their cups.

"Does your cup look like mine?" asked the czar.

Then they both lifted their cups to their noses, both took a deep, appreciative sniff, both took a sip, both laid back in their chairs, and both sighed deeply, "Ah! Good!"

The czar stared at the peasant in amazement. "Wow!" he said. "You certainly do enjoy your tea just like I do!"