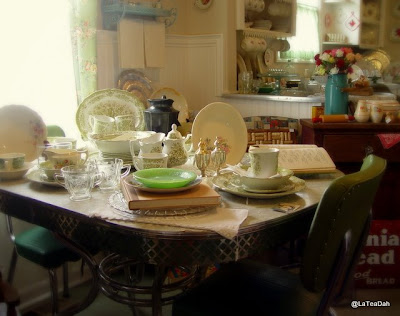 In a large bowl, blend together flours, sugar, baking powder, baking soda, salt, and cinnamon. Add margarine and cut in until the mixture has a uniform crumb. Gently stir in oats and chopped dates and walnuts. Form a well in the center of the mixture and add soymilk. Blend together until a soft ball forms. Turn dough onto a floured surface and flatten until it makes a circle about 1/2" thick. Cut into wedges and place each on an ungreased baking stone. Bake for 15 - 18 minutes or until golden brown. Remove from oven and serve with tea.